The Limmo granite intrusion covers about 60 km2, has a faulted western margin and is overlain in the southeast by basaltic flows of the Dabayra volcanic centre. The granite is highly variable in texture with all gradations from miarolitic to granophyric. Quartz may be abundant or, in more syenitic facies, less so. The mafic minerals, which generally comprise about 5% by volume, are interstitial with a blue sodic amphibole the most abundant, but in some facies the amphibole is hastingsitic and accompanied by biotite; hedenbergite and fayalite may also occur. 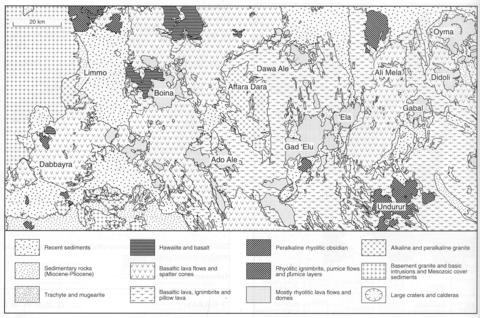