This intrusion, emplaced in Nubian sandstones, forms an annular ridge 1 km in diameter rising 25-30 m above wadi level. It is composed of latites which are cut by latite dykes that are also annular; the dykes contain sodic amphiboles. There is a further elongate latite intrusion to the southwest of Gabal El Ghurfa around which is a system of arcuate dykes of olivine basalt. Another intrusion 4 km to the south-southeast (El Ramly et al., 1971) consists of basalts and phonolites. Analyses of latite, phonolite and basalt are given by El Ramly et al. (1971). 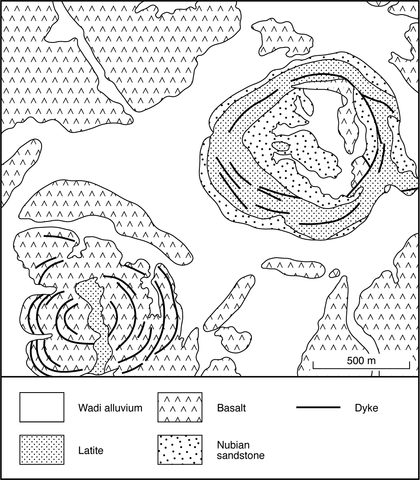